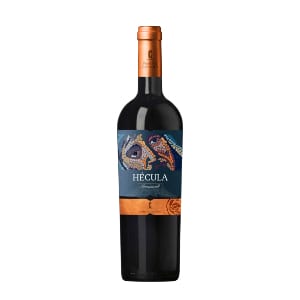 The Castaño family are the original pioneers of the DO Yecla. Starting in the 1950s Ramón Cantaño Santa, with an extensive family history of viticulture, built the first modern winery in the region and over the successive decades he added to his family’s holdings so now the estate encompasses 450 hectares of primarily old, bush vine Monastrell. Soils range from rocky limestone to fine clay. The primary grape is Monastrell followed in importance by Garnacha Tintorera and Cabernet Sauvignon. With such extensive holdings its remarkable that harvest is still done entirely by hand with the grapes being transported quickly to the winery for fermentation. The capacity of the winery allows for individualized fermentations including large tanks equipped for traditional carbonic maceration as well as smaller tanks for a range of more experimental types of fermentations. This dynamic approach to wine making is like letting a three star chef free in fully stocked and kitted-out kitchen.

Hécula is an old-vine Monastrell sourced from two districts, Las Gruesas & Pozuelo, both in the northern part of DO Yecla. Here the soils are high in lime content and at a higher elevation than the rest of the region, the Monastrell is dense and rich but with balanced acidity and ripe tannins. Hécula is destemmed, fermented in stainless steel tanks with a maceration of 10 days followed by aging in French and American oak barrels.

Wine Advocate’s Luis Gutiérrez described this wine as follows, “Stylistically, this is somewhere between the floral Monastrell and the more classic Casa Carmela with a cleaner nose and even some shy flowers. It’s higher pitched and with less extraction and tannins than in the past. The palate is polished with some fine-grained tannins.” 89 Points Wine Advocate, 90 Points Decanter Worldwide Wine Award.

Be the first to review “2015 castaño hecula monastrell” Cancel reply