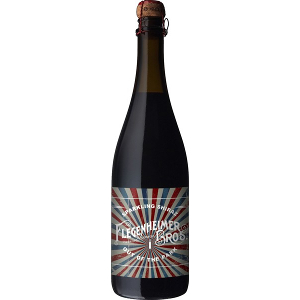 nv flegenheimer bros out of the park sparkling shiraz

Benjamin Hammerschlag’s family arrived in the States from Germany in the late 1800’s. His great-great grandfather married a young girl by the name of Flegenheimer and joined her family’s business as New York Wine Merchants. From Brooklyn to Yonkers, Hoboken to Newark, Flegenheimer Bros dealt exclusively in quality beverages. Three generations later, the youngest Hammerschlag has decided to resurrect this heritage with wines of excellence from Australia.

In scoring this wine a 90 Points, Robert Parker’s Wine Advocate said, “The bubbles magnify the blueberry and cherry fruit in the NV Out of the Park Sparkling Shiraz. It’s a fun, fruit-forward bubbly that’s fairly dry, picking up attractive hints of dark chocolate on the finish. I like to serve these sorts of wines at brunches or while standing around the grill, pre-dinner. 90 points.”